What is Psychometric Testing?: Measuring the Intangible

You are here:
psychometric testing 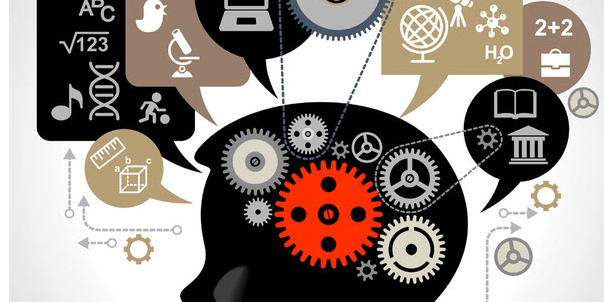 How can businesses, recruiters, hiring managers, and candidates alike benefit from psychometric testing? To find that out, we’re going to break it down by:

Do you fall into any of the categories mentioned above? Read on to learn how psychometric testing can help you.

Psychometric testing is a scientific method used to measure an individual’s cognitive capabilities and behavioral style. These exams range from personality profiles to reasoning tests to motivation questionnaires to ability assessments.

It has risen in popularity over the years because it provides more accurate and objective data than can be gathered through subjective means, like observing someone’s behavior and making a judgment.

According to MindTools, the three key criteria a psychometric test should have include:

There are three main types of psychometric testing, each of which is used to measure various traits and evaluate whether he or she will be a fit for the job and work environment.

In order to gain a full understanding of psychometric testing, it will help to know a bit about its background.

Basically, psychometrics is the science of measuring mental capacities and processes, particularly in occupational and educational settings.

A Test as Old as Time

Although you may not have heard of it before, psychometric testing is not a new concept. In fact, records show that it was used in ancient China for people who applied for highly sought-after roles (e.g.: fiscal policy, revenue, agriculture, military, and law). They even used physical tests to evaluate potential soldiers!

These exams were extremely challenging and included tests of skill, intelligence, and endurance. The first round—that’s right, there were multiple!—was so challenging, that only 7% passed on average. The final round of testing had a passing rate of just 3%! This is how the government filled its public official roles.

Fortunately, the country did away with this procedure in 1906; however, fairer yet still challenging psychometric tests are currently used in China and surrounding countries like South Korea.

An informal version of psychometric testing is also mentioned in the Bible. This situation references a test in which a group of people have to pronounce a single word. So while this is a very basic example, these types of tests are still used today in occupations for which accuracy is vital.

Although there are many references to the practice throughout history, most experts credit Francis Galton with the first true psychometric test.

Galton, a Victorian-era anthropologist, sociologist, and psychologist, created the framework to measure intelligence based on the examination of the sensory and motor skills in the 1880s. He even coined the term “psychometric” and influenced Dr. James Cattell, a renowned psychologist who developed psychometric tests further than ever.

Why Use Psychometric Testing?

For one thing, there are several extremely helpful ways you can use this kind of assessment in your business or organization:

If you’re still wondering why you should use psychometric testing, think of it this way: It helps make personnel and career-related assessments more objective and effective by accurately assessing an individual’s intangible traits.

Because they are so easy to administer to groups, particularly when using adaptive testing software, these exams will save time for both businesses, employees, and candidates. Not to mention, the tests are scored immediately, so you’re not waiting around for results or stuck having to calculate them yourself. Finally, by reducing the time and resources required, psychometric testing also saves on costs.

If you want to learn more about psychometrics and how our adaptive testing platform will help your company gather the information you need, contact AdaptiveX today!

How have you used psychometric tests in your organization, and what were your results?